The Benefits of Closing Projects – Beyond Lessons Learned 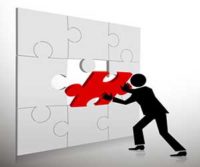 In my experience, and in talking with my students and other practitioners, it is my perception that closing projects is one of the most overlooked processes in the discipline of project management. It’s easy to understand why closing often gets neglected. By the time the project is over, many stakeholders, including the team, have already turned their attention to the next project. In fact, sponsors sometimes lose focus by the time there is confidence that the bulk of the work has been done and deliverables have been received. It doesn’t always feel like time well spent to go through the exercise of closing.

As with all project management processes, the degree of rigor needs to be scaled appropriately to the project, organization, and stakeholder need. It may not need to be a formal or heavy process, especially if it doesn’t involve regulations or compliance. In fact, a leaner process done periodically along the way often makes it not only easier but also more valuable.

Ignoring the process altogether may mean missing some important benefits. Some habit around a closing exercise will benefit the organization and serve the stakeholders well in the long run.

Along with conducting a lessons learned session, getting approval for deliverables, and resolving outstanding issues, a key closing activity involves the collection, organization, and storage or archiving of project information. Recently, a colleague and I were sharing project experiences and our conversation highlighted three interrelated benefits of this closing activity:

People are often inclined to archive information, especially communications, for defensive purposes. But this is not about archiving simply to have a record or paper trail as proof of something (which suggests a lack of trust). Project information and data that is likely to be helpful in the future often goes beyond the thoughts and reflections captured as part of a lessons learned exercise. Without some intention around gathering that data, communications, records, etc., there is a missed opportunity to easily go back to refresh memories on what happened in order to answer questions or get input into new decisions.

So the next time you are tempted to gloss over or ignore closing, consider these benefits of collecting and archiving project information as part of closing your project — either at the end of the project or, better yet, periodically along the way.

I’d be curious about your experience with collecting and archiving project information. When have project archives served you well from past projects?