Cost of Technology Is A Real Bargain Now 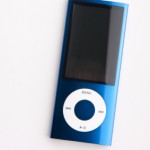 If you think the cost of technology is still more than you can afford, consider this: In May 1992, the cost of 4 gigabytes of flash memory was approximately $500,000, meaning that today’s iPod Nano would cost about $1 million if it existed back then!

Here are some other significant news items from May 1992: