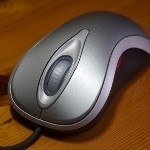 REDMOND WA  – April 6 – Microsoft announced the release of Version 3.1 of the Windows Operating System. It was the first version of Windows to be DOS-mouse compatible and to feature drag and drop capability.

These two user-friendly features, along with the introduction of True Type fonts, made windows a viable platform for desktop publishing on DOS-based personal computers. This contributed significantly to the explosive growth of Windows as the operating system of choice for PCs.

Other significant events from April 1992 include:

In honor of our anniversary, receive 20% off all live training courses (in-person and virtual) for registrations through April 30th. The discount will be applied at the time of registration. Use promotion code WML20 when registering.
View our class schedule.