Receive 20% off all live training courses (in-person and virtual) until April 30th. The discount will be applied at the time of registration. Use promotion code WML20 when registering.

NEW YORK – March 1 — The United Nations inaugurated the “International Space Year” to promote space exploration and the use of sustainable technologies on earth. 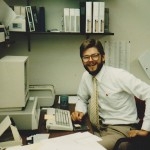 MINNEAPOLIS – March 2 – Watermark Technical Services, a new professional training firm targeting IT practitioners, has begun operation in Minneapolis, according to Richard Larson, Watermark founder and president . The picture shows Rich in his office back in those days. 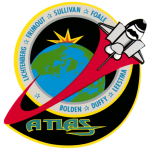 Other significant events from March 1992 include: