What is the value of the PMP? 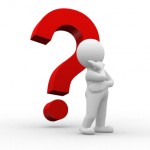 What is the value of PMP certification?  I was discussing this topic with a colleague recently and found myself being somewhat defensive.  Obviously, as an instructor for PMP certification, I have a significant bias toward investing in Project Management certification.  So I’ve been challenging myself to ask what difference does it really make?

One opportunity that recently presented itself for consideration as to the value of certification was a class I taught in which half of the students were PMP certified. I have PMPs in my classes all the time, but I typically don’t have classes in which many or most of them are PMPs. I wondered how, or even if, this would impact the tempo or discussions in this class.

I’d say there was a flavor to the class that I think was at least, in part, attributable to the fact that so many of the students had a shared understanding about some concepts that impact project management practice. It was fun to be able to take a little more in depth look at some ideas because of a shared understanding of the basics.

I don’t want to take away from the fact that all of the students in the class were quite capable and that their corporate culture was especially supportive of an open and critical approach to learning.  There were, however, definite instances in which we were able to ask questions that wouldn’t have been asked otherwise because so many of the students had confirmed, shared knowledge about the discipline.

I also think about a student I have had for a number of classes who got his PMP recently.  His presence in class and his role as a team lead in class has changed demonstrably since his certification.  It’s as though certification has given him a confidence to really work with concepts and dig a little deeper than he might otherwise when he was less certain about his skills and knowledge.

As we approach 400,000 PMPs, I hope that the value of certification isn’t diluted.  It doesn’t make us good but it does affirm what we know and it gives us a starting point for more substantive discussions.

Thinking about earning your PMP Certification?

1) Check out the certification page on the PMI website for requirements and application instructions.

2 thoughts on “What is the value of the PMP?”