What to do with Meeting Saboteurs? 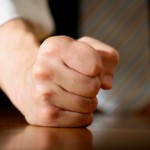 In a recent project management class, we were discussing meeting effectiveness, and a student asked if it was ever appropriate to flat out excuse someone from a meeting for being rude or obnoxious?

Fortunately, I have not been in a situation in which I wondered if I should do that. Unfortunately, I think this student had a specific situation in mind. It’s a tough question, especially if the person who is being difficult is a peer or more senior than you.

I can’t think of how you would ask someone to leave a meeting without making somewhat of a “scene,” and I don’t think it’s ever in anyone’s best interest to do that, including you. Of course, how to handle this kind of situation depends on many things such as the purpose of the session, how long it is, who else is in the meeting, how much time is left in the meeting, and other considerations. But I can think of some questions I would ask before suggesting how best to handle this.

First, have all reasonable steps for controlling the meeting been taken? Have the objective and desired outcomes been defined ahead of time and included in the invitation, for example? Have ground rules been defined, agreed upon, and posted? Has an agenda been provided that includes time for each topic and topic owners?

What other attempts been made to corral this difficult behavior? For example, have they been asked to hold their thoughts? Have their concerns or ideas been captured onto the “parking lot” so the meeting can continue as planned? Have techniques been used that provide an equal opportunity for everyone to participate, such as going around the table and soliciting comments or ideas from each person?

If the answer to these questions is yes, and it truly seems that this person is really out of control, the best answer may be to call for a 10-minute break. At a reasonable point in the session, simply announce that there is going to be a short break. Note the current time and write the time you will resume on the white board or somewhere so that everyone can see it. (Even if people aren’t expecting a break in this meeting, people will get up and take advantage of the time.)

Then, during the break, task 1 has to be stabilizing yourself. Many of us would be riled up in such a situation. I would likely feel frustrated, angry, embarrassed, or confused in such a situation, so I would need a couple of minutes to collect myself. If this is the case for you, let the offender know that you would like to talk with them in a minute or so, and then go to your desk, down the hall, or wherever you can go out of site. Take a few deep breaths and get yourself calm and collected.

Finally, I would solicit their help in finishing the rest of the session. Remind them of the objective of the session and help them see how they are a part of achieving that, which is why, of course, they were invited.

Easy? Absolutely not. And I wouldn’t suggest that it may even be politically wise to do this if the offender is a person way “above” you on the corporate ladder.

But controlling meetings takes courage, and it’s not easy. If it were, all meetings would run smoothly and be a good use of organizational resources. And I don’t hear from too many folks who feel that’s the case.

What has worked for you in similar situations?

One thought on “What to do with Meeting Saboteurs?”