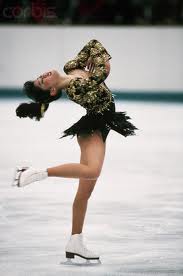 Watermark Learning has come a long way since I began teaching programmer/analyst courses in 1992. The growing need for organizations to learn Project Management and Business Analysis skills played a significant role in our growth. And we continue to move into the future with a developing curriculum for Business Process Management. BTW, we chose our picture to remind you of 1992, the year that Kristi Yamaguchi won the Olympic Gold Medal for figure skating. Hard to believe it’s been 20 years!

The training field back in the 1990s was significantly different from today’s training world. For one thing classes were typically 5 days long, and today most of our clients need shorter classes of 2 or at most 3 days. Back then we’d often spend a half day on one exercise. Now it’s typical to spend just a half hourin a workshop. The pace of work today and the demands back on the job tend to dictate that. Technology today also permits us to do virtual training over the internet and work with people from all over the world. That is very exciting.

Here again this month are some of the headlines from 1992 with the focus on February events. One technological product launch in particular has had a profound effect on the IT Industry and computer users around the world.

NEW YORK – February 3 – IBM today announced the launch of the first edition of its ThinkPad series, the ThinkPad 700C. The ThinkPad 700C is the first notebook computer with a 10.4″ color TFT screen and a new TrackPoint pointing device. It weighs only 5.7 pounds and has a memory of 120 MB, very respectable for such a small computer.

Subsequent models of the ThinkPad went on to feature bigger screens and the first ever full-size keyboard on a notebook computer, a “butterfly” design which automatically folded out when the computer was opened. It would be hard to imagine offering the breadth of online and virtual learning options we have today without the universal availability of notebook and laptop computers.

Other significant events from February 1992 include: