Watermark Learning was founded in 1992. Besides our founding, a lot was going on that year. Here are some noted firsts and other happenings in November of 1992. 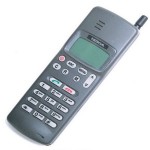 November 23, 1992, marked the day the ten millionth cell phone was activated. It was a Nokia Model 1011, and its model number referred to its launch date of November 10. It featured a monochrome display, an extendable antenna, and could hold 99 phone numbers in memory. It was superseded by the Nokia 2100 in 1994.

Nov. 3 – Bill Clinton is elected president of the United States and Carol Moseley Brown is elected as the first black female in the U.S. Senate.

Nov. 20 – In England, a fire breaks out in Windsor Castle, causing over £50 million worth of damage.