The Under Promise-Over Deliver Trap 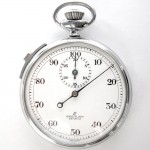 “We are scheduled to arrive 17 minutes early,” announced the pilot before takeoff on a recent flight.

“Excellent,” I said to myself.  Then I got to wondering if it really was.

In fact, I wasn’t sure quite what to make of it.  Does that mean we’re going to be early or does it mean we were originally scheduled to be late?  And most importantly, if I decide this is a good thing, how can I use this expectation-setting strategy on my projects?

It’s critical to know what stakeholders really want. Many of them would argue that they want the truth.  They want to know when things really will be done and what they’ll cost.

But the “under promise-over deliver” mindset persists in making us feel like we are giving stakeholders what they want.  Three things compromise the warm fuzzy we and our stakeholders may feel when they get something other than what’s expected.

It’s one thing to dazzle stakeholders with an early finish a time or two, but when done routinely, trust will be undermined.  Eventually, expectations will be seen as “sandbagging” or knowingly false in order to set up the project team to look good. Stakeholders will see through this eventually and then you will have more work than you bargained for trying to set expectations and build trust.

Our stakeholders may be thrilled that we finish early and may even profess not to care that we knew we would from the beginning. What they don’t know may not hurt them, but it can hurt the project and the organization.  Consider that the entire project management effort is impacted by the under promise-over deliver game. Opportunity costs for resources applied to the project, for example, or the lack of realistic insight into risks both come to mind as potential hidden costs.  If we believe in the value of project management as a management core competency we need to be working with stakeholders to be transparent and partner with them to help the organizations use resources efficiently and effectively. Developing good project management practice benefits everyone in the organization and it means more than a deadline.

The more I thought about it, the more irritated I became on that flight.  I wanted to know when were we scheduled to arrive and when we expected to arrive.  I didn’t really care about the 17 minutes, per se.  Whether we were going to be early or late wasn’t such an issue.  I just needed to know what to communicate to the people waiting for me at the other end of the flight.

I’d like to think I treat my stakeholders with more transparency than the pilot of my flight.  And I’d really like to think they can make better use of the information I give them.

One thought on “The Under Promise-Over Deliver Trap”