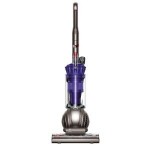 Not all of the technology innovations of 1992 involved computers and software. In June of 1992, Sir James Dyson founded Dyson Ltd., to design and manufacture vacuum cleaners, hand dryers, bladeless fans, and heaters that he had invented. James Dyson created 5,127 prototypes of his first vacuum cleaner before developing one that he considered to work perfectly.

Here are some other significant news items from June 1992:

June 14 – 18 – A huge tornado outbreak is one of the largest on record, affecting portions of the central United States from Idaho in the west to Wisconsin in the east.