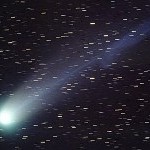 Watermark Learning was founded in 1992. Besides our founding, a lot was going on that year. Here are some noted firsts and other happenings in July of 1992.

July 1 – The USA/USSR Around The World Air Race begins at Santa Monica, California.

July 24 – Hurricane Andrew hits southern Florida, and becomes the costliest hurricane in U.S. history up to that time.