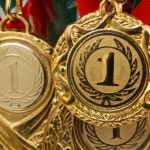 The Olympics are a fascinating phenomenon.  Why does watching athletes, whose names we don’t recognize, compete in sports we know nothing about become absolutely riveting?  Synchronized diving – seriously?  Would you even turn on the TV for that if it weren’t the Olympics?  Even if it were the only thing on?

How about snappy team outfits?  Maybe not beach volleyball-style, but something to make it evident that the project team has arrived!

Next, metrics. What will the scoring look like?  A “10” for 100% attendance at meetings that start on time?  A tenth of a point deduction for each missing attendee?   How about scores for sponsor engagement?  Let’s say teams without a sponsor signature on a charter are disqualified.

Then the commentary.  Can you hear Bob Costas saying something like, “That American CPI is going to be tough for the Italians to beat given their sloppy tracking and ambiguous baselines.”

As much of a stretch as that would be, there are similarities between Olympic athletes and good project managers.

Olympic gold medals and project success both come with lots of practice.  It’s not too many project managers who can likely claim project success on their first project.  It takes repeated efforts and lots of learning from mistakes to execute a flawless pommel horse routine or a successful project.

It also takes a team to win.  Even in an event in which a single person competes, there’s a team that includes a coach, parents and family, and the nation that cheers them on.  Project managers on a project in which they are the only one assigned to the project still need sponsorship, subject matter experts, and the organization that stands to benefit from the project.

And they both require taking risk.  No one gets a gold medal hung around their neck without taking risks like opting for a more difficult routine or maneuver.  Project managers partner with stakeholders to risk organizational resources on an outcome that is less-than-certain.

Fortunately, the drama, the flash, and the surprise (as little as there is these days) that characterize the Olympics are anathemas to sound project management practice.  Actually, Eeyore, not Bob Costas, would be a more stylistically consistent commentator on any version of Olympic project management competition.  “Team America wins the gold – zero variation from plan.”

So, we’ll just have to leave all that exciting stuff to the Olympics athletes.  The gold medal project management performances will continue to put you to sleep.