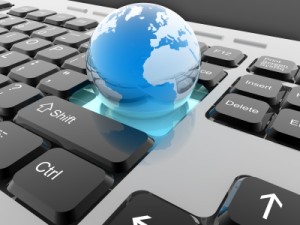 Projects cross cultural boundaries probably as often as not anymore.  How many people either go to other countries to work on projects, find themselves working with team member from other countries here in the US, or work with virtual teams that include people from other places?

I was reading about someone from the Deep South who was communicating with a team member in the northeast part of the country.  The northern team member was offended that the southerner had called her “Ma’am.”  The southerner was completely flabbergasted that this could be considered an offense.

This resonated strongly with me.  Intrigued, I polled the women in a class I was teaching regarding their thoughts of being called “Ma’am.”

Two of us remember the first time we were addressed as such, and it was not a fond memory.

One woman was too young, by northern standards, to have been called “Ma’am,” and she was not looking forward to hearing it.

It reminded me of when I was teaching in a southern city.  The discussion came up regarding kids addressing parents as “Ma’am” and “Sir,” a common courtesy and show of respect in much of the country.

In other parts of the country, it makes us feel old.  Here in Minnesota, it offends our sense of egalitarianism, and would even sound patronizing to many of us  (Don’t you “Ma’am” me!).  Many of us would cringe at being called “Ma’am” or “Sir” by our kids.

Of course, like any generalization, these don’t hold true for everyone.  But they are interesting in terms of how strongly communications is impacted by culture and how important it is to not take for granted that because our passports look the same we necessarily communicate the same.

Mitigating the problems caused by regional cultural differences within one’s own country requires many of the same things as when working with people on the other side of the planet:

Be Open
Acknowledge differences and and share observations about those differences.  Make it safe.

Get to Know Each Other
It’s a lot harder to be offended by someone when you know them than when you don’t.  Make time in virtual meetings to get to know each other.  Engage in “electronic courtship,” and start meetings with “small” talk.  That small talk helps mitigate problems in a big way.

I’d love to hear about your experience with regional cultures here in the US and their impact on your projects.