Who Owns Project Success or Failure? 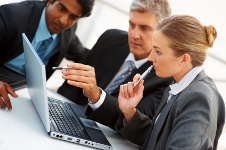 Recently, a project management colleague was expressing frustration with her inability to get a project moving in a constructive direction. She commented that she knew the success of the project was her responsibility, but she felt hamstrung in her ability to get what she needed from people.  Even simple requests for information from external stakeholders went unanswered and resulted in project inertia.

As the person responsible for the success of the project, a project manager is in charge of all aspects of the project including, but not limited to:

For example, sponsors have to own their role on the project.  What the PM needs from the sponsor may vary depending on the project as I’ve written about in other articles. But it’s generally safe to say that an unsponsored project leaves a project manager destined for failure.

In addition, team members have to own their responsibility for the quality of the work they do.  (If possible, the PM can replace poor performers on the project, but that’s not always the case.)  Mistakes or errors in execution don’t necessarily doom a project to fail. Requiring that the PM take responsibility for the work of others, however, will eventually make it difficult to achieve any agreed upon definition of success. Team members have to own their work results – good and bad.

Third, everyone needs to own their role in communications.  The basic communications model includes responsibilities for senders and receivers of messages.  As the sender, the PM can send clear updates, ask well-defined questions, request specific information, and provide timely reports as planned.  Stakeholders also have a responsibility to clearly acknowledge updates, definitively answer questions, provide requested information, and consume project report information as planned.  This is simple on the surface, but often exceedingly difficult in practice.

None of this is news.  Roles and responsibilities are essential and there has been plenty written about the importance of doing so early to alleviate all sorts of project problems.

Yet how often do project managers feel like they’re being asked to win at a game of tennis without someone on the other side of the net?  They willingly own the project success or failure, but it doesn’t feel like others have been as enthusiastic in claiming ownership for their piece of the project outcome.

Make no mistake: I am not looking for a way for PM’s to abdicate responsibility.  In fact, it’s the PM’s job to make sure everyone is clear on all aspects of ownership.  So, yes, the PM owns the success of the project.  And the next time you hear one step up and say “Yes, I will own the success of this organizational investment of time, money and resources,” make sure everyone waits for the follow up request: “And here is what I will need from each of you.”