Watermark Learning is happy to feature our student and guest blogger Jonathan Brandt, PMP, PMI-ACP, who is looking for feedback on a decision-making model he is developing. 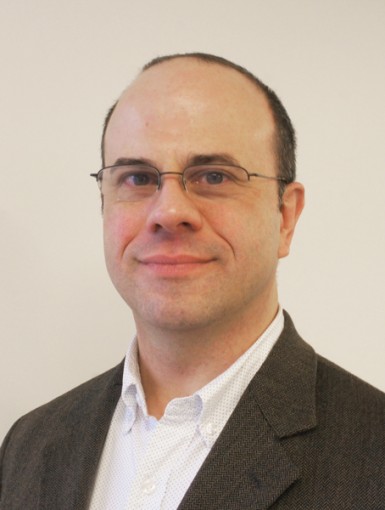 Gantt McGreen, Project Manager Extraordinaire, is having a bad day.

Project Waterloo is a career-maker. It’s catchy motto, “Liberate the Customer”, belies its complexity. It is a cross-silo, multi-platform, multi-location, enterprise heart-lung-liver-and-kidney-transplant of a strategic initiative that would send lesser PMs scurrying for PMBOK refresher classes.

This is the project Gantt McGreen had been waiting for: a high-visibility chance to marshall all of the tools and techniques at his command. So far, he has not failed to impress, both the members of the project team and the senior stakeholders, whose PMO dashboards glowed a comforting, gratifying green. So far, Gantt McGreen has marched Project Waterloo through its Initiation and deep into the Planning phase with the espirit of a young Napoleon (only taller).

It was no secret that Project Waterloo has been nearing a precipice. Its centerpiece deliverable, BazingaWare, can be configured in as many different ways as there are BazingaWare consultants. Lesser project managers have taken a “let’s do a little and see how it goes” approach to this configuration question, much to the billable relish of the aforementioned consultants.

But Gantt McGreen foresaw long ago the value of securing a configuration decision in advance of project execution. He even gave this decision its own milestone on the Waterloo project plan, complete with succeeding and contingent task assignments. True to his reputation as the darling of resource planners, he had procured the necessary internal and external resources to coincide with the appointed decision date. And, speaking of procurement, he parlayed a 10% discount from the vendor in return for an early commitment. These strategic steps were the cornerstones of his scope and cost management plans, much to the delight of Project Waterloo’s sponsors.

Also, through his superior powers of stakeholder analysis, he long ago identified Director of Global Supply Katherine Kaizen as the decision maker. He contacted her well in advance of the appointed decision date.

This morning, all was ready to commence project execution, upon receipt of word from Katherine Kaizen.

Last night, Katherine Kaizen went on vacation. To Machu Picchu. For a month. Regardless of signal strength at World Heritage Sites in the Andes, suffice it to say Katherine Kaizen was not checking her smartphone.

Without that configuration decision, Gantt McGreen’s project had nowhere to go but…nowhere. Everything slowed to a crawl. Except for the project’s burn rate.

After a few weeks of mounting costs and near-zero progress, Gantt McGreen was relieved of Project Waterloo and sent to oversee some backfill tasks for Eurozone Lading Bill Auditing (ELBA).

…and Gantt McGreen was never heard from again. The end.

Wait a minute, how could a senior decision maker leave a critical project in limbo like that?

Maybe she did not know she was leaving a critical project in limbo.

How could she not know? Didn’t you say he contacted her “well in advance”?

I did. And he did. But was that enough?

Fine, blame the project manager. Everyone does. Bottom line is, BazingaWare configuration was not his decision.

Plenty has been published on the art and science of Decision Making. Although these myriad sources often champion competing, even contradictory, tools and techniques, they share a common attribute –  they pertain to the person or persons tasked with making the decision.

The purpose of this article is to advocate further study of Decision Management, i.e. the actions taken to marshal and facilitate decisions made by others.

At first glance, this might sound a lot like “Influencing Without Authority”. From a softer, relationship perspective, sometimes it is. But from a more rigorous standpoint, one which embodies the application of knowledge, skills, tools and techniques to meet project requirements, Decision Management is not merely the exertion of influence. Nor is it confined to one project process group, nor to one knowledge area.

First, let’s have a look at the email Gantt McGreen sent to Katherine Kaizen:

I am the PM for Project Waterloo. As you might know, BazingaWare can be configured a bunch of ways: Mainframe, Client-Server, Cloud/Mobile, and a couple others. As Director of Global Supply, you will need to pick one. This is super important for us to make our launch target of Q4, 2018.

Let me know what you think.

Although some basic facts are conveyed, and Katherine Kaizen probably agreed the topic was “super important”, it lacks what I propose are the essential elements of Decision Management.

These elements are in the power of the project manager to lead and to control, regardless of who owns the decision in question.

Gantt’s email, wordsmithed to incorporate these elements of Decision Management, now reads like this:

Project Waterloo is essential for delivering the “Liberate the Customer” corporate strategy, and the world-wide adoption of BazingaWare by Q4 2018 is the key to achieving that strategy.

BazingaWare comes in many flavors, known as “Configurations”, one of which must be selected prior to the Execution Phase of the project.

As Director of Global Supply, you have final decision authority for selecting that configuration. In order to realize a 10% cost incentive from the vendor and to avoid costly resource re-allocation,,  that decision will need to be made by Friday, March 31st. An email from you will be enough for us to proceed, followed in due course by a contract from BazingaWare which will require your signature.

To facilitate your decision, the project team is working with the vendor to assemble a cost/benefit matrix of the configuration options, in context with corporate strategy. I will contact you to schedule a presentation of those findings no later than Monday, March 8th.

Please do not hesitate to contact me if there is anything further I may do to assist you with this decision.

Given this level of awareness, would Katherine have set her decision aside before leaving the country?

I will be writing more, exploring these elements in greater detail. But this is not a fully-formed theorem. This is a starting place, fertile soil for your thoughts, insights, and the context of your own experiences.

You can earn PDUs by writing articles for us, just like Jonathan. If you have an idea for an article, contact us today.

2 thoughts on “Not Your Decision”